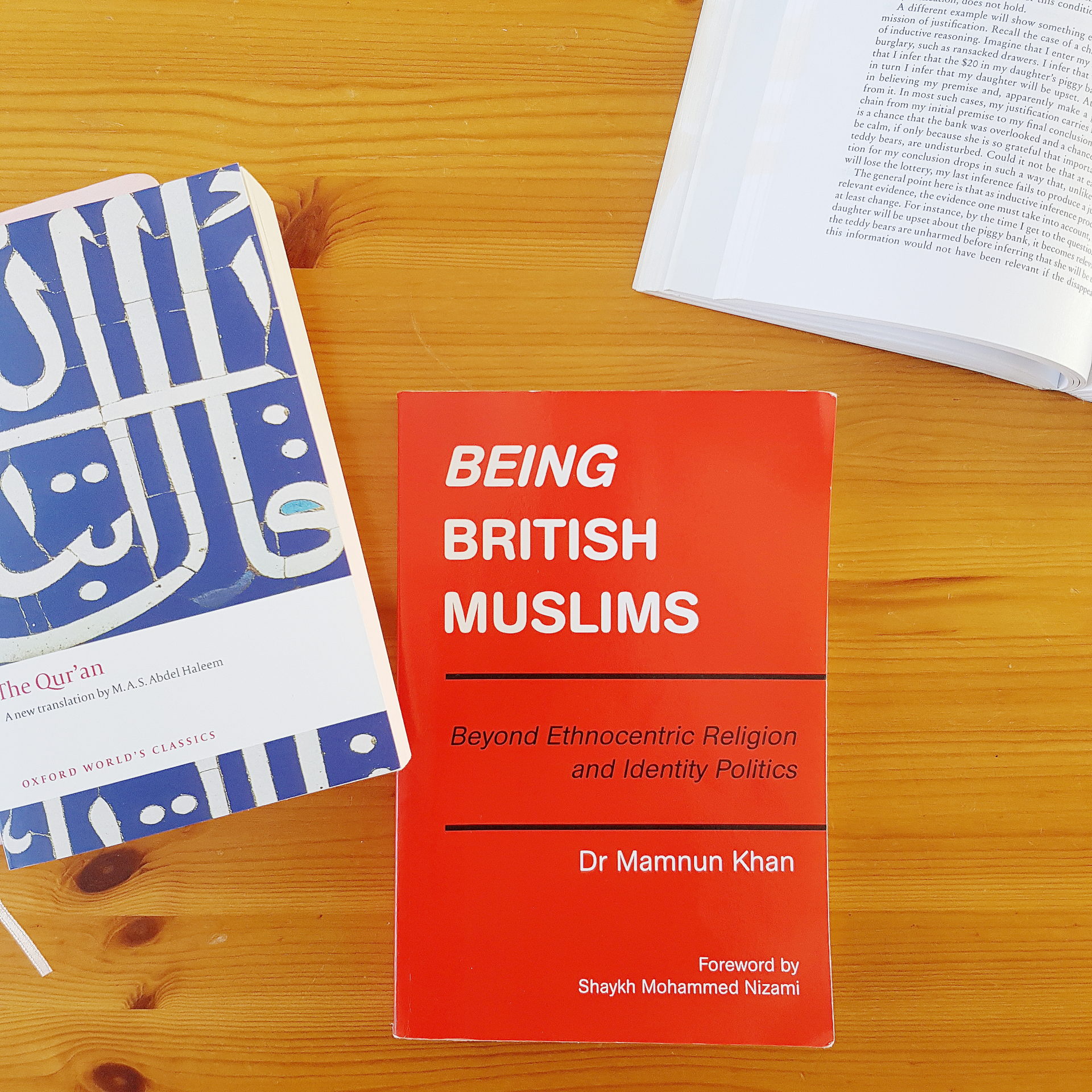 The last few years have seen almost a saturation of British Muslim visibility in the media, and  yet somehow not enough. Finding a book that strikes the right tone about British Muslims as a whole is a rarity given how many only speak to a certain audience among the community.

With a bright red book cover, ‘Being British Muslims’ is hard to miss. The subtitle in and of itself is enough to pique interest – ‘beyond ethnocentric religion and identity politics’. Being British Muslim, I’m privy to the ethnocentric approach and identity politics being used by Muslims that Khan speaks of to understand their faith. Reading fiction like ‘Home Fire’ by Kamila Shamsie are prime examples of how Islam and God are merely cultural costumes for many Muslims and yet come under the genre of ‘Muslim literature’ when God is merely an afterthought.

‘Being British Muslims’ is an anthology of Mamnun Khan’s analyses in the form of essays on several topics crossing faith, reasoning, integration, identity politics, gender issues, and politics – all issues that are pertinent to British Muslims today. The succinctness with which he summarises the generational divides between the immigrant generation and the millennial British Muslims, the insititutional mosque politics and exclusion of women, and the Casey review’s flawed approach are all insightful and, for many, will be revolutionary.

Some of my particular favourite essays revolve around ethno-cultural commitments to Islam, labelling things as ‘Islamic’ and the obsession with Muslim women’s clothing. There is a distinct approach available to British Muslims here – recalibrating their perspective on faith by bringing the focus back to God instead of using shallow identity politics that results in reactionism. There is space for reasoned and intelligent application of godly principles in which this book provides a blueprint for some of the more heated debates.

In fact, some essays will also be a hard pill to swallow – approaching faith in a God-centred way means having to shed a lot of -isms and identity politics that many British Muslims are using as a lens through which to view God and define themselves as Muslims, even though those very identities wouldn’t entirely be without merit in a different sphere. It’s a completely different paradigm on which to understand the current infrastructure of British Muslims and the problems we face at this moment in time and its biggest merit is that it not only summarises the issues but also offers long-term solutions that aren’t rooted in idealism.

‘Being British Muslims’ is a reference book for me; there are some essays that I’ll want to come back to in order to understand a certain context. It’s also somewhat of an academic textbook due to some of the Arabic terminologies used which I struggled to push past in some essays and I would highly recommend it as a supplementary text for academics. It’s not inaccessible though and is incredibly thought-provoking. However, if this book could be made more accessible (perhaps, in a second edition), I would like to see some more qualifications of the Arabic or a translation of the terms to prevent this being just a book for Muslim readers.