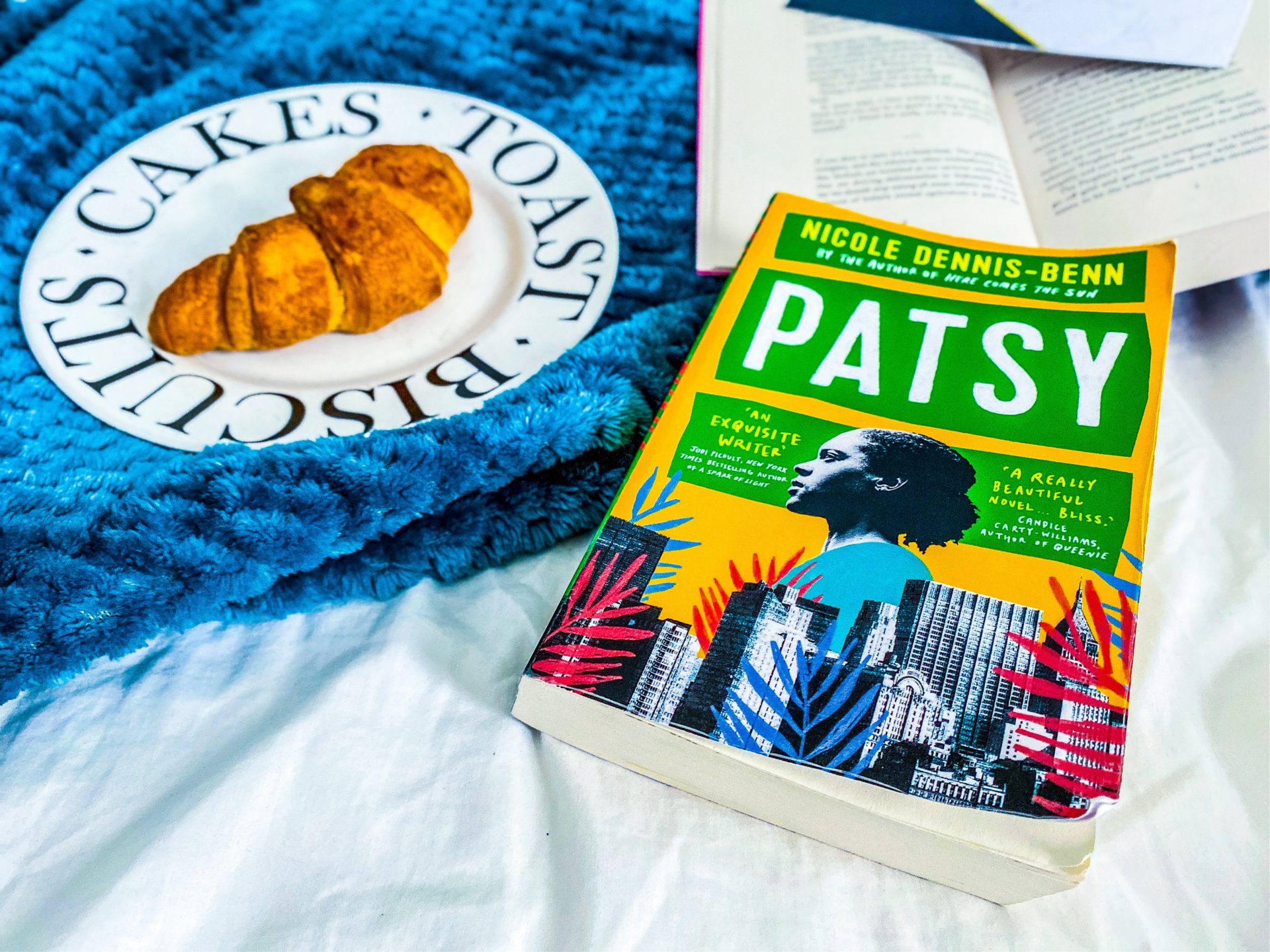 Around mid-May, I discovered through another bookstagrammer that June is Caribbean Heritage Month in the US and I thought I’d use the opportunity to read something solely from a Caribbean perspective. Patsy stuck out quite starkly to me.

Patsy, a young Jamaican woman from impoverished (and fictional) Pennyfield dreams of rekindling her young love with her best friend, Cecily, who left for New York ten years earlier. Leaving behind Tru, her 5 year old daughter, Patsy embarks on a journey to America with hope and optimism only to discover that the American Dream is just that. A dream. With the narratives alternating between Tru and Patsy over the course of a decade, we learn what becomes of them both and the real reasons that drove Patsy to leave Pennyfield.

Although a little slow to start, the story picks up pace once Patsy arrives in America only to be greeted by an unwilling Cecily and the family life she hadn’t disclosed. The early chapters are hard to read and there is a certain paradoxical element in which I felt I couldn’t read further because life in the US as an undocumented migrant is harsh and terrible yet Nicole Dennis-Benin’s writing is so engrossing that I didn’t want to let go either.

Quite honestly, Patsy is not a book for everyone. It’s not exciting or fast-paced. It’s one of those stories that reveal a little bit in each chapter giving you something to keep reading. As the story unfolds, we learn that it’s about a woman running away from her past, her secrets and all its wrongs. It seems everyone has secrets and Patsy’s are among some of the most harrowing from a young age, only serving to highlight that life as a young girl in a close-knit community often seeks to define you as a woman before you’ve even made sense of your own mind. I admit I struggled a little with the Patois but it was also an insight into the language, its use and its perception in some factions of Jamaican society.

What the book also exposes is how America demonises undocumented workers, how they’re exploited by landlords and employers, how they boost the country’s economy with their hard work and spending power yet go completely unacknowledged thus living some of the most impoverished lives that can lead some to suicide. One of my many takeaways from Patsy is that to be an undocumented worker in America results in immense hardship and far worse living and social conditions. Moreover, the racism, the social inequalities, gentrification and the advantages Cecily has enjoyed due to colourism paint a story that often feels hopeless.

However, the reasons for the desperation to which Patsy is driven begins to gradually unravel and, for all its harsh realities, America has its freedoms that Patsy is unable to find at home, such as anonymity and the ability to love whoever she wants as a Black queer woman.

Personally, the most striking theme in the book is that of the fractured mother-daughter relationships. And there are many in Patsy beyond the one between herself and Tru, but also the one between Patsy and her mother. Interestingly, I found the relationship between Tru and her stepmother, Marva, compelling. I was a little apprehensive of Tru’s fate being left in the hands of her father who had been absent till Patsy’s departure yet I was pleasantly surprised at his and Marva’s acceptance of Tru. Moreover, the support Tru receives from them further down the line, in spite of the social expectations for her to be more ‘feminine’, is reassuring.

There is so much to unpack in Patsy and so many themes that are interwoven in the prose of Nicole Dennis-Benn that this review can’t do them justice. I had some inclination of the issues that I’d encounter; I hoped that I would read a story about a Jamaican immigrant’s experience in New York and knew that such a story would involve racial, social and cultural elements, and yet, as crucial as those elements are to the story and make it what it is, the elegance with which Nicole Dennis-Benn writes Patsy makes it an evocative and engrossing read.

Fab review. I didn’t realise June was Caribbean heritage month but I’m not in the US either. Great that you managed to find a book to pay homage to the month with. I really like the sound of this book and it definitely sounds like there are a lot of hard themes within it that as a white woman, I’d really benefit from knowing more about. Thank you for sharing!

You’re welcome! I’m not in the US either but I took the opportunity anyway. It was a good one.