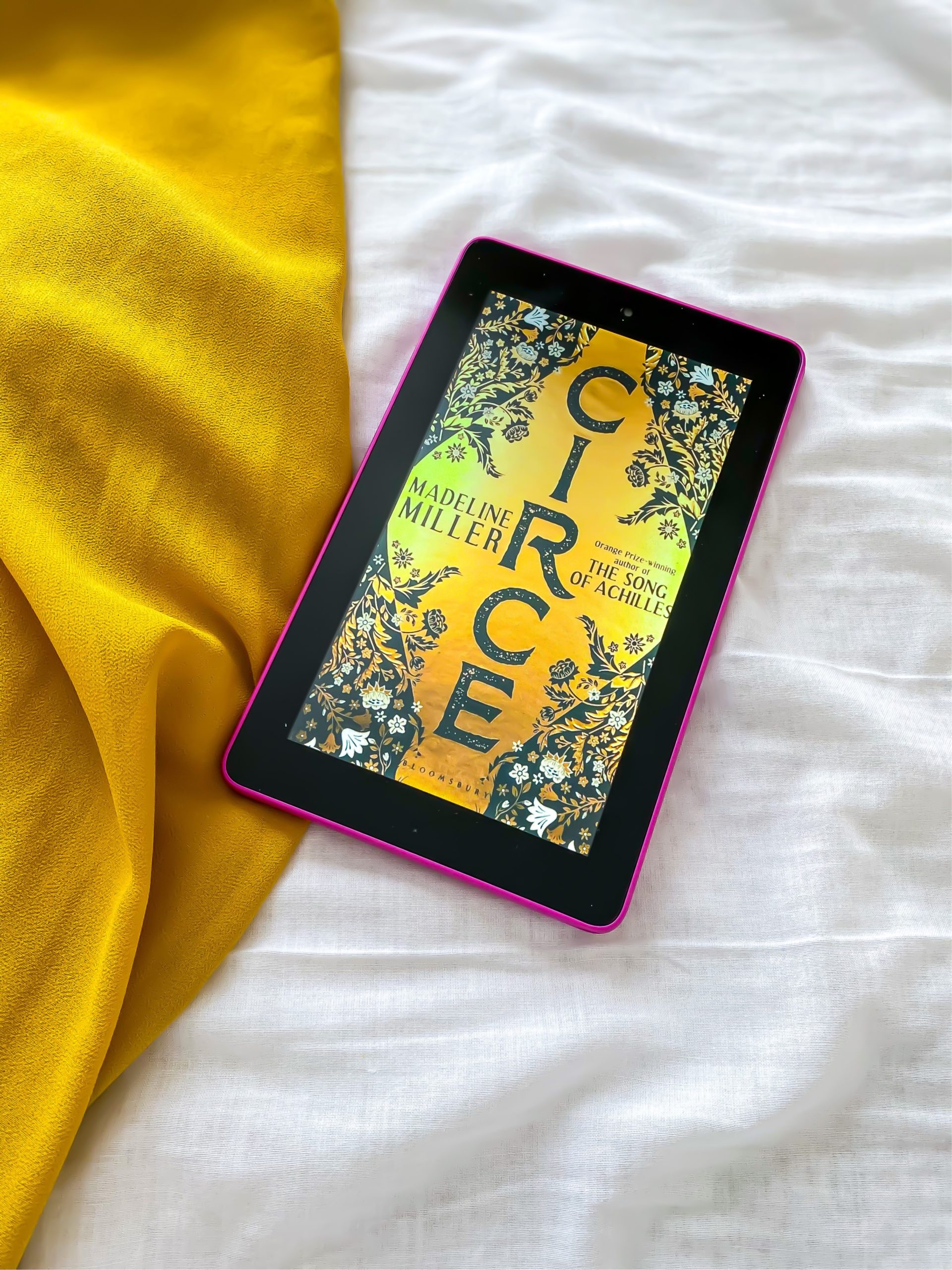 Reading Greek mythology is often a nostalgic experience for me as it takes me back to my childhood days of reading about Hercules’ 12 Labours. So when I discovered Circe with rave reviews, I had to see what everyone was talking about.

In Homer’s Odyssey, Circe receives a brief mention as a sorceress who’s notorious for turning men into swine and trapping them on her island, Aiaia. Among them are the men of Odysseus, who remains with Circe for a year, before leaving her. Madeline Miller’s alternative re-telling offers more detail on this least-loved daughter of sun god Helios and ocean nymph Perse by taking us back to the beginning of Circe’s journey of her family life, the crime she commits, the compassion she holds for mortal humans, and the exile she endures that culminates in her meeting Odysseus.

I have to be honest – I really, really struggled to connect with Circe and was very close to putting it down and marking it as DNF. The first few chapters upto her exile were intriguing, fascinating and generally enthralling to read. It’s almost painful yet insightful to delve into the cruel family dynamics of Greek Titans that’s endured by Circe who is perpetually undermined for her naive and compassionate nature, and therefore considered weak for her subsequent inclination towards humans.

The story starts off well even up to when she discovers witchcraft but gradually loses momentum in the middle at which point I almost gave up – the only reason I carried on was due to encouragement from the wonderful community of bookstagrammers and Book Twitter who told me it gets better in the second half. As much as I wanted to, I couldn’t bring myself to agree with them.

At this point, misery set in for me – the writing is unnecessarily verbose and the book needs to be at least 50 pages shorter. My attention wavered in spite of the second half being far more eventful than the first and I began to lose patience with Circe due to her cynicism, which, let’s be honest, isn’t entirely unfounded, but I found somewhat contradictory when compared with her naive optimism towards Odysseus. How she leaves things with Helios at the end is, however, rather gratifying and probably the highlight of the book for me.

I’ve never felt more relieved finishing a book than I have with Circe and quite honestly, I should have simply put it down when it made reading feel more like punishment than pleasure. It’s unfortunate that I couldn’t enjoy a much-loved book. While I understand its appeal as a feminist re-telling of an obscure and disregarded character in Greek mythology, it lacks the excitement and characteristic storytelling style that form the heart and soul of these ancient classics.

Good review Bushra though I really enjoyed this book, better than Silence of the Girls I thought. And how on earth do you pronounce Aiaia!?

Thank you! In my mind it’s pronounced Eye-ay-ah.