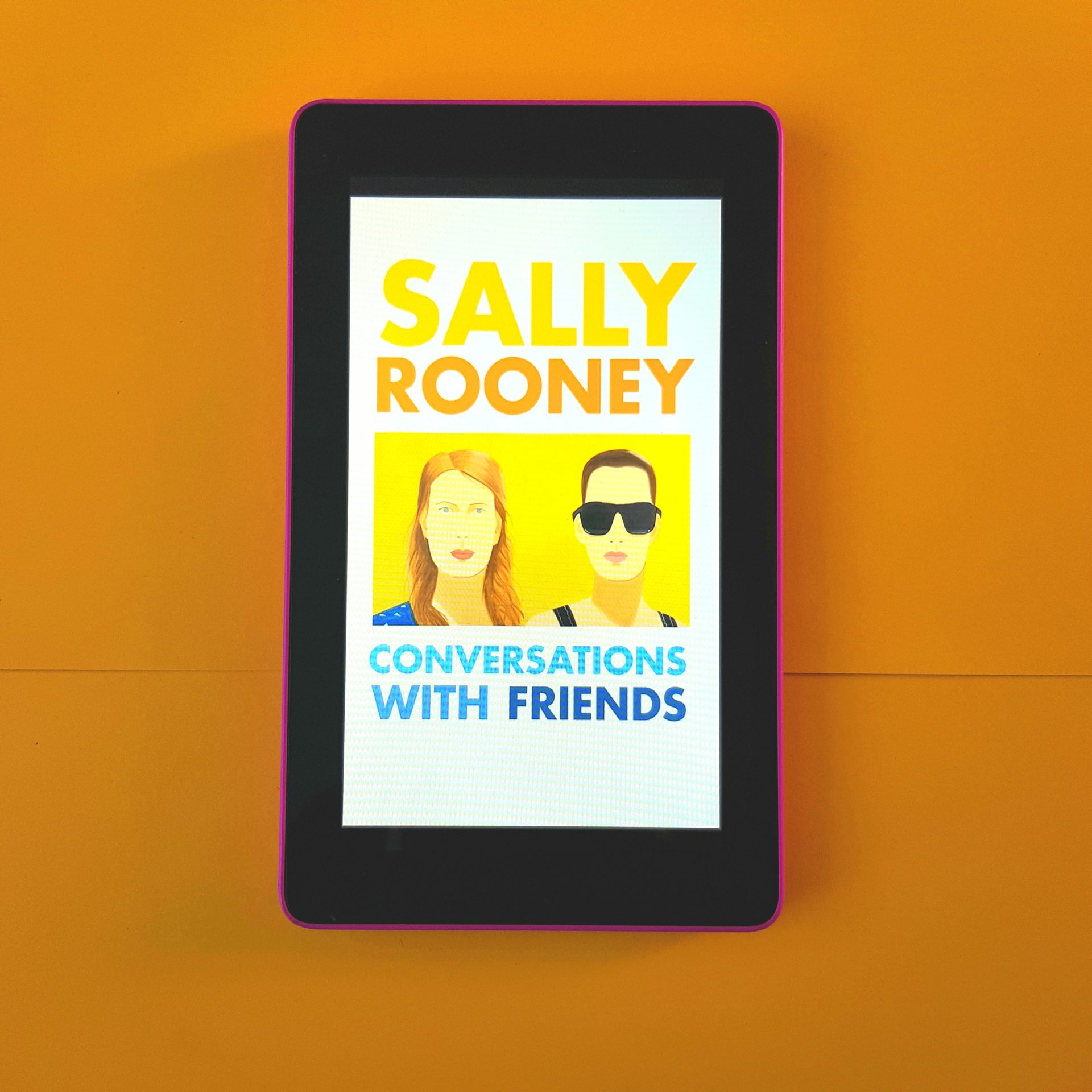 Having previously read Normal People and lots of rave reviews about Conversations with Friends, I was expecting something far more groundbreaking as Sally Rooney’s debut novel. Alas, I was to be disappointed.

Set in Dublin, we meet two 20-something writers, Frances and Bobbi, best friends and one-time lovers getting involved with a couple in their 30s, Nick and Melissa, from the same arts scene. By getting involved, I mean befriending them, Frances sleeping with Nick and all four of them being aware of the affair. It’s all a bit of an entangled mess made even more exhausting by Frances’ self-pitying and self-absorbed narrative. Conversation with Friends barely scratches the surface of depression and endometriosis, the latter of which Frances is diagnosed with later on and focuses more on the turbulence caused by the relationships between the different personalities.

In spite of this being a novel about modern-day realities, I found it difficult to relate to any of the characters – none of them had any development and while Nick may have been one character I felt a little sympathy for, there was nothing much beneath the surface other than his having been clinically depressed in the past. Of course, there doesn’t need to be a harrowing story behind one’s depression to invoke sympathy but there was very little to recommend him in general. This being Frances’ perspective, we learn that she’s a very shallow personality lacking self-esteem and is acutely aware of her inability to be as charismatic, opinionated and thoughtful like Bobbi. Mired by her parents’ problems, she seems to barely know them and we learn very little about them other than her father being an alcoholic who gives her an allowance.

Other reviews have said Frances is selfish, but I find she has no self at all. She’s simply coasting through life guided by whatever is in front of her while anchored to Bobbi and seems to put very little thought into her actions or who she’s becoming. In spite of being a gifted writer, Frances struggles to articulate what she wants from life or even in the present day of her life – her lack of direction results in her self-destruction.

It was frustrating to read a character with so little development towards the end. Frances prefers to stagnate and while it’s blindingly obvious that Bobbi is the one person in her life who can give her stability, she still chooses to lie to her and gravitates towards Nick to stay in that damaging cycle of lacking self-worth for a man who chose his wife and marriage the first time around. She’s acutely aware that Nick will never leave Melissa, yet why Rooney chose to the end the novel in this way is perplexing. Perhaps it isn’t. After all, this is a reality for some people caught up in messy relationships and instead of it being reflected as a happy ending with closure, the book ends on a note of negative obscurity.

While Normal People equally ended on a cliffhanger, it was a far more uplifting read than Conversations with Friends and the relationships between the characters were based on a simple love for each other established early on in the novel. One of the common themes between both stories that stood out for me have been the political opinions espoused by the characters. This being a book written by a millennial featuring millennial characters, it becomes quite obvious that the views are far more in keeping with today featuring women that are well-informed and immensely talented– a far cry from the insulting ineptitude portrayed in Bridget Jones’ Diary.

Conversations with Friends was a struggle for me to read. I wanted to like it but I couldn’t. Frances’ unsure and contradictory character was far too taxing and exhausting leaving me counting the pages to the end so that the book could be over and I could rid myself of this muddled state of affairs.