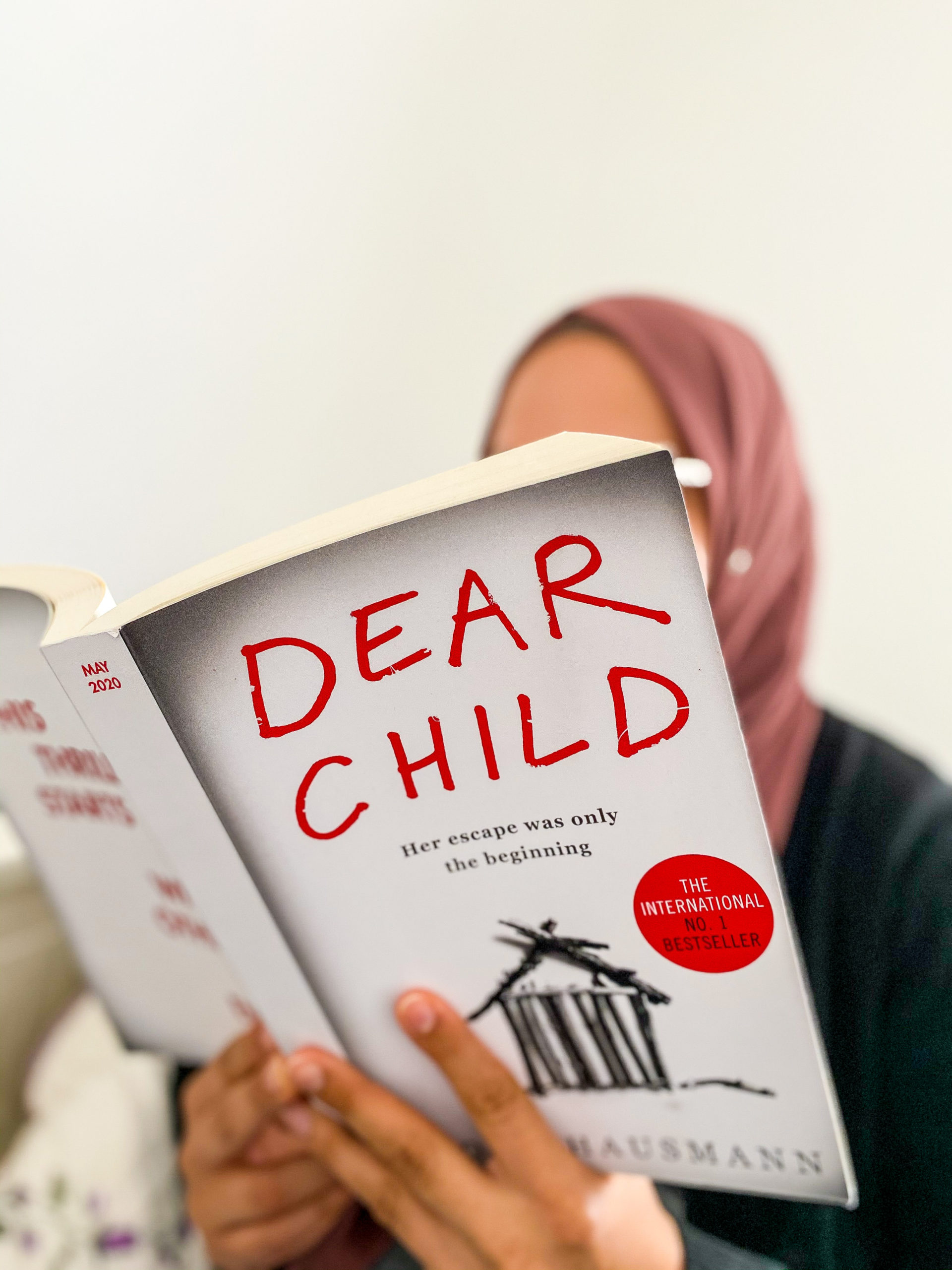 Thrillers generally end with the victim having escaped with a clean break ending and all loose ends firmly tied together. Dear Child is almost the complete opposite of that; as soon as the story begins with an escaped woman, more questions are raised than answered.

A German bestseller in 2019, Dear Child begins with the disappearance of Lena Beck, a student who went missing 13 years ago. In the present day, a woman assumed to be Lena is brought into hospital with a girl, Hannah, having escaped from a cabin in the woods on the German/Czech border. Lena’s parents turn up to identify her and claim they don’t recognise her yet Hannah looks exactly like Lena. Who is the woman and where did Hannah come from?

Immersive and mesmerising, I whizzed through the first hundred pages with ease. If it hadn’t been for sleep overcoming me, I would have carried on reading. Romy Hausmann’s storyline keeps you in suspense and guessing till the very end. As a thriller, it’s not one where my heart was in my mouth but I was gripped by what was coming next.

The story alternates between narratives of ‘Lena’, Lena’s father Matthias, and Hannah allowing us to grab snippets of the bigger picture. We learn about Lena’s ordeal and the events leading up to her escape. Hausmann’s use of unreliable narrators plays its part well particularly with Hannah who is the most peculiar character out of the three, and is not all she appears to be. The emotional turmoil experienced by Lena’s parents is viewed solely through Matthias’ eyes, who, while clearly a loving father, also comes across as tiresome and reactionary and struggles to listen to even his wife.

Dear Child touches on difficult topics, thankfully without too much detailed elaboration, including abduction, domestic abuse, sexual violence, including rape, suicide and the loss of a child. Given the storyline, these are imperative to the plot and the most important takeaway from this is that it confirms the statistics that most women who are attacked or abused are done so by men they knew already.

A well-written suspense, Dear Child takes a new twist by turning the aftermath of a thriller on its head and taking it down a dark path of anguish, confusion and trauma. For someone who doesn’t typically read thrillers, I immensely enjoyed reading Dear Child.

I have a simultaneous love/ hate relationship with thrillers that don’t end neatly but this sounds soo good! (I’m adding it to my TBR so I didn’t read the spoilers)

I totally understand – I have the same problem with thrillers but Dear Child was so different yet so raw at the same time. It’s totally worth reading.