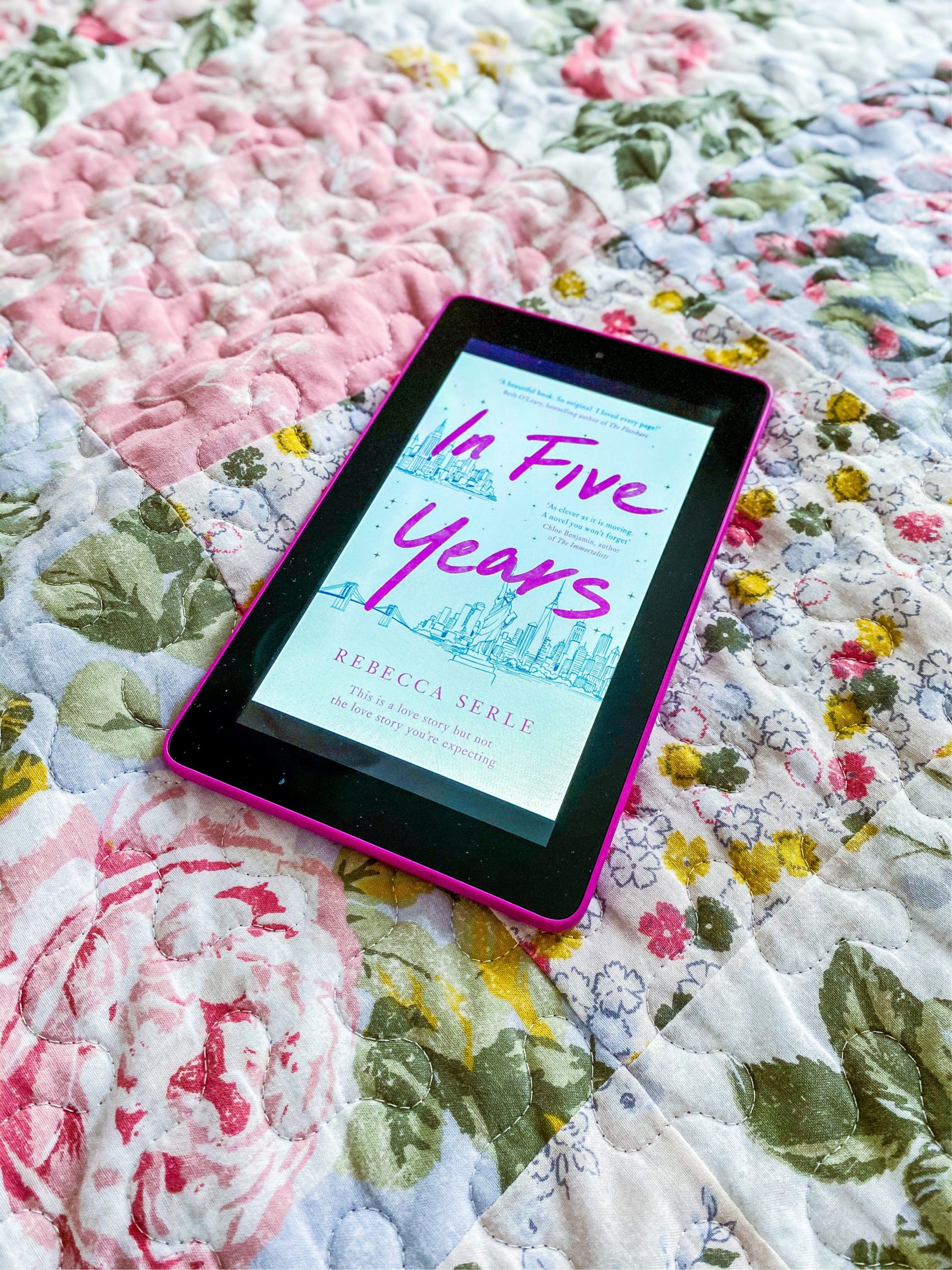 If there was ever a collection of books that took me down an unexpected road from what I was expecting, In Five Years would sit very comfortably among them. Dannie Kohan is a high-flying lawyer with a type-A personality who likes to work everything to a strict timeline, which has worked incredibly well for her. She has the life she’s always planned and dreamt of – a man she loves and is engaged to, a career she’s passionate about with all of it taking place in a city she loves. Yet, on the night of her engagement, she dreams of her life 5 years ahead and it is not at all how she planned out and not who she planned it with at all.

I’ll start with the good stuff first. The premise of the story is brilliant – that the five-year plan of a type-A high flyer is turned on its head by a dream is the stuff of movies. How often have we watched films or TV shows about highly strung, organised people with their eyes set on a certain goal learning a valuable lesson in accepting that life can throw curveballs and won’t always go to plan? Commendably, the story touches on ovarian cancer bringing an obscure aspect of women’s health to the fore. More importantly, the unexpectedly tragic turn of events that change the entire context of the dream made me want to keep reading to see how Dannie ends up with a different man that night. With a winning premise, I was mesmerisingly compelled to pick up In Five Years.

While the tagline of the book, “This is a love story but not the love story you’re expecting”, is dropping hints that the story we await isn’t going to take place here, the pace of the book and the writing style don’t do the premise any favours. I managed to whizz through the story in the space of 3 days but was left feeling a strange void where too much happens without allowing the reader to process a timeline of how quickly things progress. Dannie’s life since her dream jumps 4.5 years ahead and in the last 6 months leading up to the day of her dream, so much happens to her that when the events of her dream finally take place, they’re a result of emotions that haven’t been expressed before. In addition to this, the dialogue of that day doesn’t seem to match the context resulting in a convoluted anticlimax that left me more confused than clarified. Am I disappointed that the story I was expecting didn’t take place? Yes and no. Yes, because I would like to have seen that story written and yet no, because this is still a beautiful love story of friendship between Dannie and her best friend, Bella. However, it appears that the onus on filling in the blanks lies more with the reader, not the writer.

In Five Years starts out with a great deal of promise setting up Dannie’s character and her lifestyle, yet she ends up being too well-adjusted to her changing circumstances in an almost mechanical way. Considering the gravity of the issues addressed in the book, I expected much more depth from the peripheral characters as well as from Dannie’s character development; she comes off as wooden without further detail. Instead, we jump from her being type-A to taking life as it comes without any real build-up because the writing doesn’t flesh out enough about the characters’ personalities and the changes they undergo choosing to have things happen to them without any emotional reflection or clarity on the panic and grief they must be feeling. I commend Rebecca Serle for writing a story of friendship rather than romance but skimming over character history and emotional state for plot development made this a confusing read instead of one that should have taken me on a rollercoaster of emotions for the loss of all involved.

It’s not that I didn’t like how the story turned out, but that I wanted to feel more and quite unfortunately, I didn’t feel anything leaving a void for a story that this could have been. Essentially, In Five Years is a book with a fantastic premise and an unpredictable twist yet is ultimately let down by its inability to express the profundity of the circumstances at a slower pace and lack of better character development.