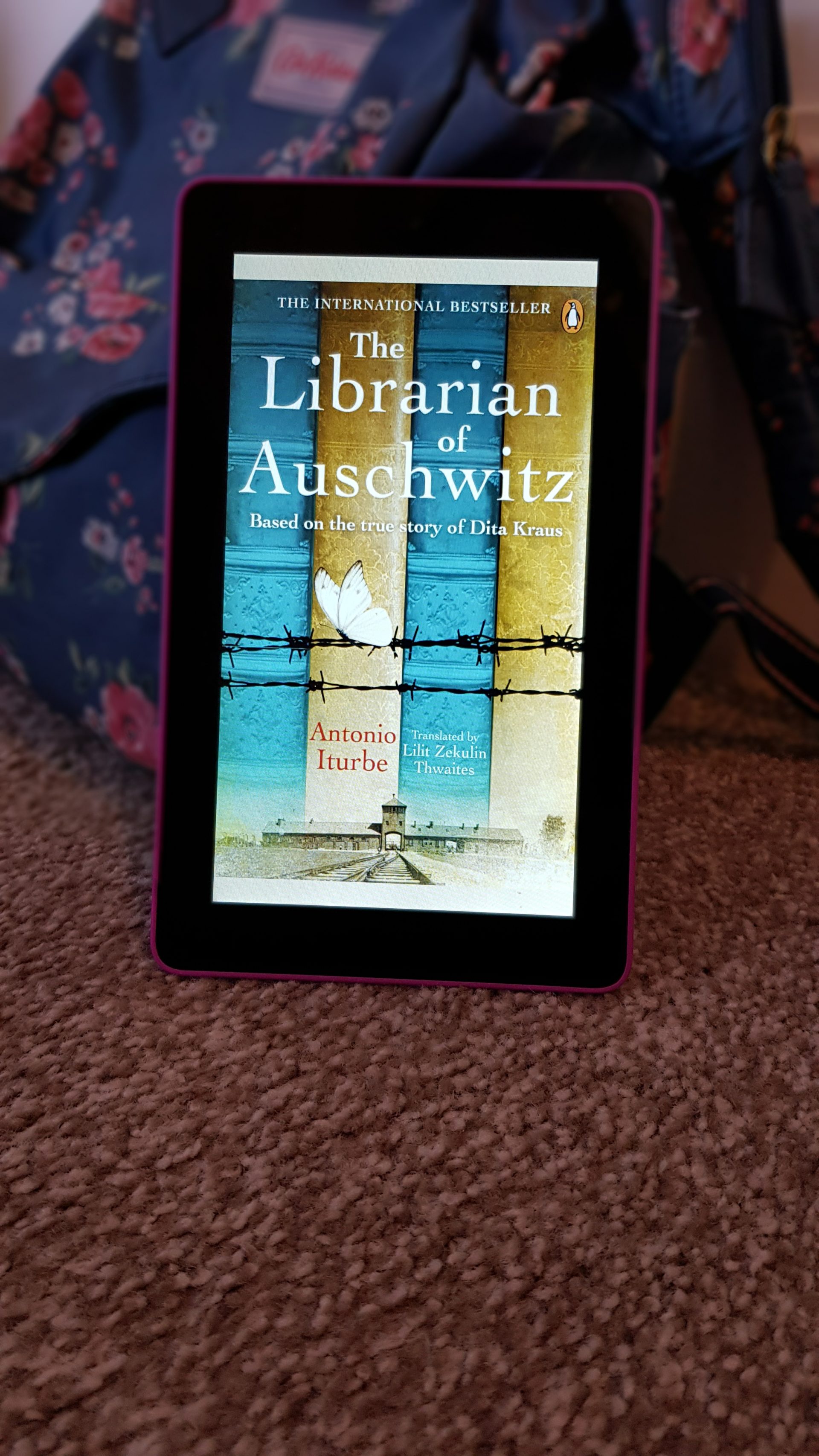 Having only briefly studied the Holocaust for a fleeting two days at secondary school and remembering only watching Schindler’s List, I realised that my knowledge of Auschwitz attained nearly 20 years ago was pretty much next to nothing. So I used the trusty Borrowbox app to download The Librarian of Auschwitz to my Kindle.

I really didn’t know what I was in for. The story of teenager Dita Kraus protecting her forbidden books more than her own life is a gripping read while the events of Nazi Germany concentration camps unfold around her. Her only lifeline are the books in her care while her life, and of those around her, is a constant misery living in dire and utterly bleak conditions of slave labour and brutal torture with the perpetual threat of murder in the gas chambers or in other ways.

As this is a story based on a true account, we also encounter individuals whose stories were real and recorded in history, including Fredy Hirsch and Rudi Rosenberg, both of whom played notable roles in Auschwitz. Quite sadly, Fredy’s story doesn’t have a happy and nor does the events of the night he died where 4000 prisoners were sent to their deaths and wiped from existence forever. The Librarian of Auschwitz is a difficult read and there were many moments where I was on the verge of tears or crying without realising – I literally found it painful but necessary to keep reading. These were lives that once existed and were removed due to hate in the most deceptive yet brutally corrosive method of human disposal. The writing is evocative of these scenes including their moments of death and are recounted in detail exposing some of the very worst acts ever occurred in modern history.

I can’t say there were any favourite moments in the book, even when the British soldiers defeat the Nazis and free Dita and her fellow prisoners – there is no victory, only sadness. The story imparts the sense of loss felt upon freedom, the betrayal for being help having come so late and the chaos that ensues in trying to piece the remnants of their lives together. Among all of these events, Dita’s attachment to books remains and she cares for them as one would care for a child. She is truly fit to be a librarian in a time where being in possession of any book would be a death sentence.

I don’t think there was anything I disliked about The Librarian of Auschwitz. Admittedly, it’s a harrowing and incredibly chilling read but it’s also necessary to understand the realities of European Jews during a terrible time and the consequences of hate. It’s a particularly pertinent read during our politically turbulent times with the rise of the far-right in Europe and one that contains many lessons for politicians who turn a blind eye to hateful rhetoric.

For a historical event on this scale that is often taught in a very detached way, The Librarian of Auschwitz is a must-read that brings us that little bit closer to understanding the profound and fatal impact of a murderous Nazi Germany and the result of giving into hate. Perhaps what will always resonate with me is that the Holocaust is a fact of recent European history that took place less than a century ago – a point that we must always reflect upon.