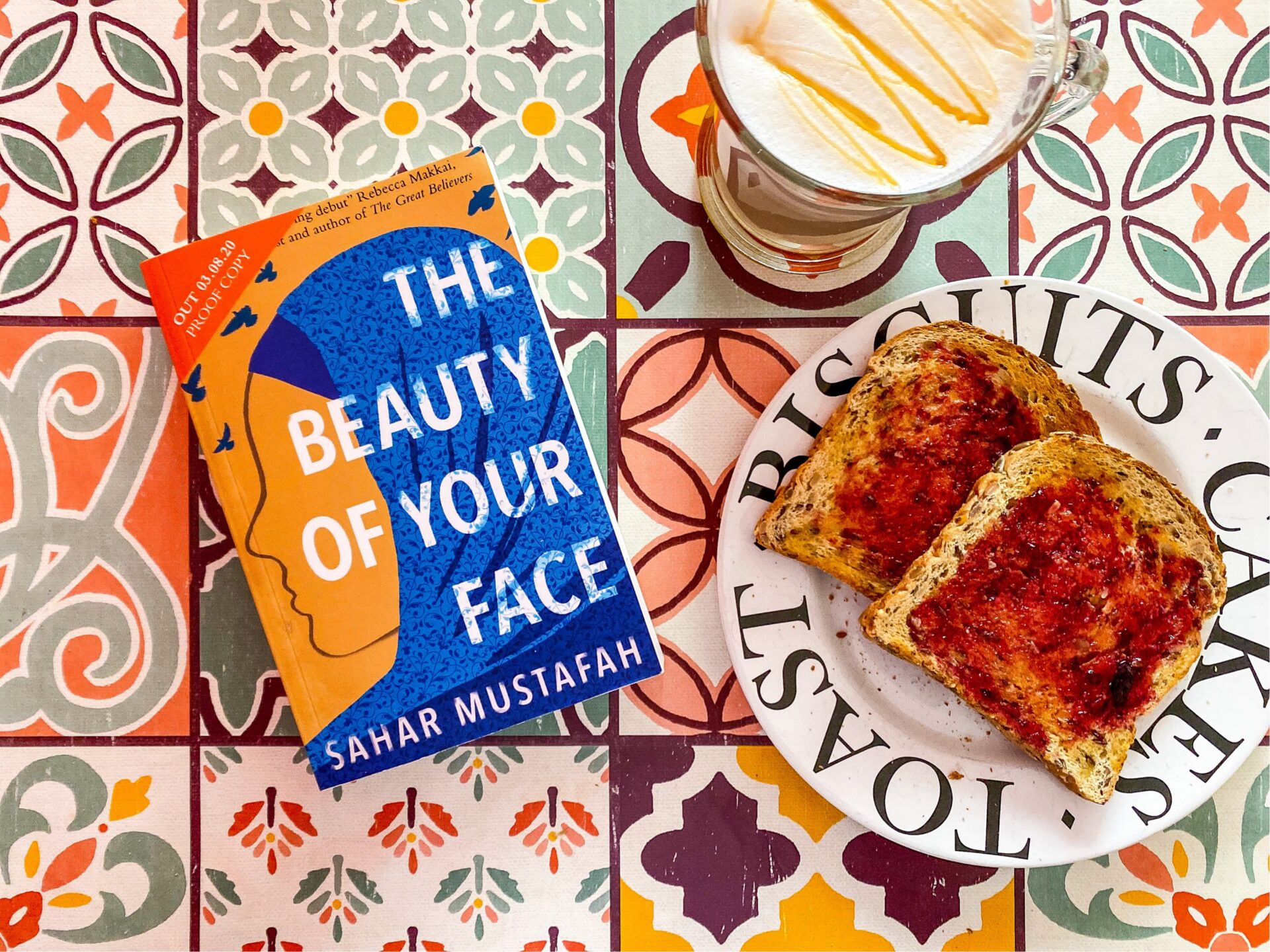 As someone who is Muslim and wears hijab, it’s relatively unsurprising that the front cover of The Beauty Of Your Face caught my eye. In some ways, I feel a little cheated, although I completely understand the choice of book cover. The novel is predominantly not a Muslim story, but about the American-born daughter of Palestinian immigrants who struggles to find the very best version of herself between the Palestinian culture of her parents and the American culture to which she chiefly identifies with. While the other theme is one of coming to faith, Afaf’s life story revolves mostly around the struggles of being a Palestinian-American girl brought up in a dysfunctional family while similarly facing constant bigotry.

Being of a British-South Asian background, I write this not as an Own Voices review because I am not Palestinian-American nor am I an American Muslim, therefore I cannot offer much in the way of relatability to the characters or events. I don’t seek to distance myself from the book, but to clarify the main theme in it so as to ensure full transparency of this review and to navigate the issues in the novel in a sensitive manner without disenfranchising those who will relate to it.

In current day Chicago, Afaf is a principal of a Muslim girls’ school where dealing with anti-Muslim hate alongside irate parents who feel the school is too ‘contemporary’ is a normal day in her job. The anti-Muslim hate one day comes alive when she comes face-to-face with a school shooter. We are transported 40 years ago to Afaf’s childhood in the ‘70s when her sister ran away leaving her parents’ marriage and mental health on the rocks. Watching life through the eyes of Afaf in the coming years is tough as, between the racism she routinely faces at school for her Arab background and the alienation from her own Palestinian community for trying to fit in with her American culture, she struggles to find her feet in who she truly is and where she belongs. Until, one day, her father turns to faith after causing a drunk-driving accident and Afaf finds people who accept her for who she is without judgement. The story alternates between the present day and the past and we learn of how she becomes the woman she is today.

The Beauty Of Your Face is a moving tale of a clash of cultures that many American-born children of immigrants encountered with the novel being largely focused on the limbo of being caught between two cultures – the racism Afaf faces in spite of conforming to American culture and the alienation from other Arab families in the area due to a lack of stability and socioeconomic status in her family home results in a loss of identity and confusion in her formative teen years that many will be able to relate to.

I loved this book, not least because of the varying themes but the complexity in Afaf’s life that arises from the loss of her older sister. I doubt the racism and alienation would disappear had Nada not gone missing, yet Sahar Mustafah’s writing causes me to ask such questions – would Afaf’s father have found faith had it not been for his downward spiral? Would Afaf have found it herself had her father not introduced her to it or would she have been indifferent to it like the other girls she knew? There’s so much to unpack in the story yet so many of the elements are beautifully linked together with a profound emotional depth that makes the character development natural and seamless.

This representation of Arab-Americans and Arab-American Muslims seeks to offer a window into a certain community which is far removed from the post 9/11 War on Terror that has so profoundly defined Arab and South Asian Muslims in the political sense and instead presents them as a welcoming community who open their hearts and homes to a father and his lost daughter. I was warmed by the relationship that develops over the years with her father, yet simultaneously heartbroken by her mother’s mental health after years of aching for her firstborn and her homeland. I found it interesting that the clash of culture with religion is made apparent in the form of Afaf’s mother, where she is against religion but holds very strongly to her cultural roots which is interestingly juxtaposed with Afaf’s ability to reconcile faith with her American culture and identity presenting a diversity that to be Arab does not equate to being Muslim by default.

The story isn’t completely without fault. I haven’t mentioned much about the school shooting, mostly because if there was a critique to be made about The Beauty Of Your Face, it has to be about the interactions between Afaf and the terrorist himself. There isn’t much to go on in terms of his motivations for the killing and it seems that the writing struggles to bring any depth to the character at all.

There’s also a lack of diversity present in the American Muslim representation, except for one African American Muslim, the rest are mostly of Arab background and while I appreciate the need for this book, I’d have like to have seen a few more diverse peripheral characters.

Lastly, there was some Arabic in there that wasn’t italicised that I would have preferred seeing italicised – I’m not sure if this was intentional on the part of the publisher or it was due to my reading a proof copy, but it was a little disorientating as a reader who is somewhat familiar with the language. It threw me off what I was reading and working out the context became that much harder without the italicisation.

Keeping the context of the Palestinian-American experience in mind, this is a stunning debut by Sahar Mustafah and I can’t fault her on the general execution of the story. Intersecting racism with family dynamics, community alienation and financial hardship, The Beauty Of Your Face is bold, finely crafted, heartbreaking and will reduce you to tears – it certainly made me cry. Not your typical coming-of-age story, it shines a new light on the complexity of issues faced by the children of immigrants that are often overlooked. Undoubtedly, the novel will go beyond that for many – it will make them feel represented, heard and seen.

This is a great book review! I’m so intrigued…might be adding this to my Amazon basket soon! Thanks for writing!

Thank you! I really hope you enjoy it!

Great review. Detailed, thoughtful and considered. This sounds like a fascinating read. Thanks for sharing.

Thank you so much 😊

I loved this review! It is very interesting for me to read reviews from another’s perspective. You’ve been extremely thorough and presented your review well. Great job!

Thank you, I tried my best to understand the perspective of the protagonist!

This sounds like such an intriguing book about racism and culture. Thanks for sharing your thoughts!

Thank you for reading it!

[…] only Western Muslim stories originate from either South Asian or Arab backgrounds. As I wrote in another review, some of the first American Muslims were from the African-American communities and the racism they […]