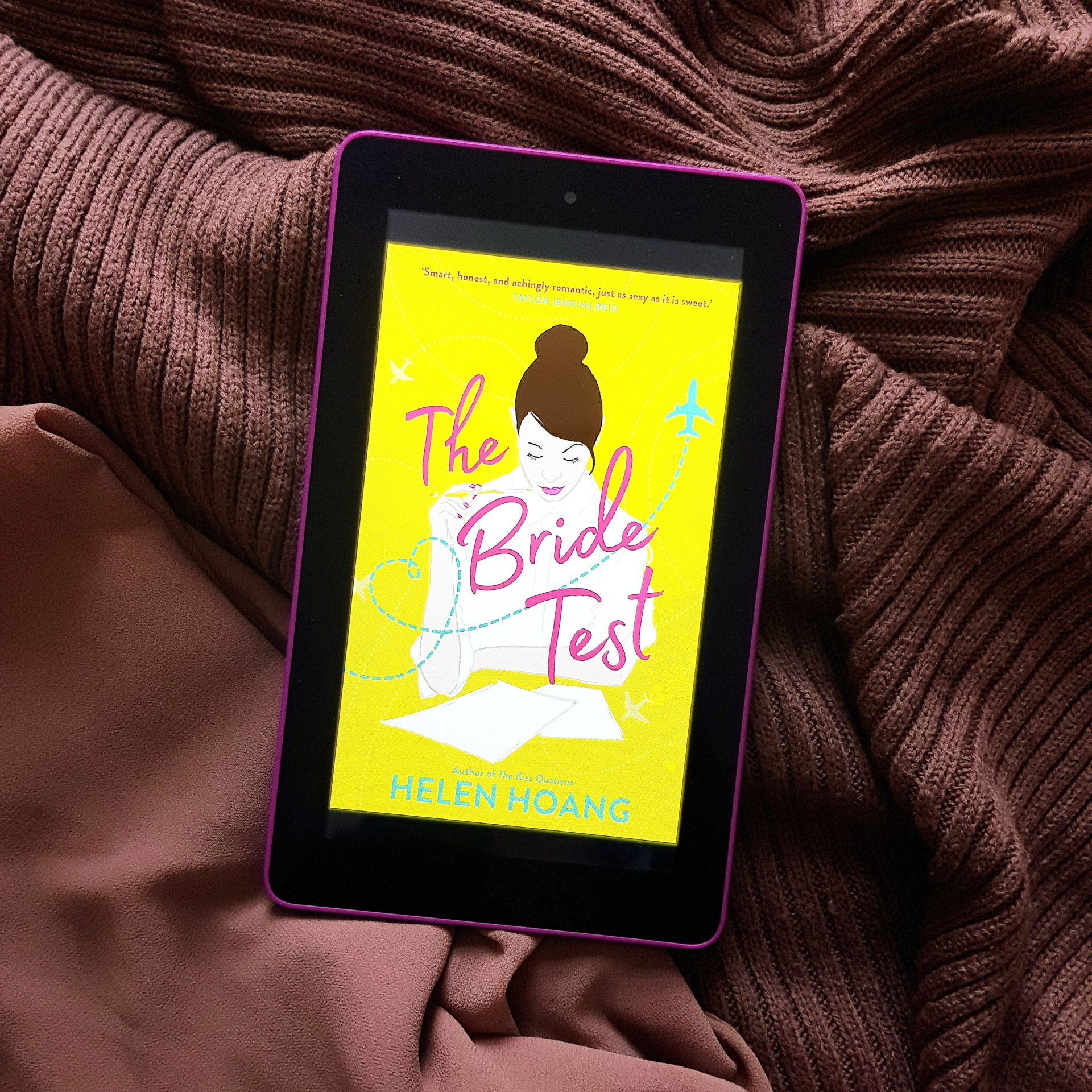 Books featuring people with autism are either non-fiction or centre on the struggles of parenting a child with autism. There has been very little out there in the world of fiction where the protagonist has been an adult on the spectrum. Until now.

Previously having written The Kiss Quotient featuring a woman with ASD, Helen Hoang writes The Bride Test as a romance where the male lead has autism. 26 year old Vietnamese-American, Khai, thinks he can’t love due to a past grief that he hasn’t been able to process. Esme, a young single mother from Vietnam, is introduced to Khai by his mother who wants to see him happily married. Esme is determined to make Khai love her but also wishes to find her place in the world – she’s half White and half Vietnamese leaving her an outcast in Vietnam. Coming to San Francisco gives her the ideal opportunity to find her father who attended Berkeley 24 years earlier. Given that this is a relatively fluffy romance, it’s unsurprising that the two are good-looking, find each other attractive and inevitably fall into bed with each other.

Saucy and smutty the novel may be, but superficial it is not. Hoang writes the novel with such sensitivity and seamlessly weaves together a myriad of topical issues – autism, the struggles of being an immigrant as well as portraying the culture of an Americanised migrant community that I can most certainly relate to as a British Asian child of immigrant parents myself. The initial feeling of despondency that Esme is powerless in her destiny which rests on the proposal of a man she barely knows is dispelled later on in The Bride Test when she takes her future in the US into her own hands. Esme goes from being a vulnerable young girl away from her family to a pheonix rising from the ashes and how this is written in between the romance and the summer weddings is skilfully done.

The beauty of the story is that the protagonists are likeable in spite of their unlikely circumstances – Khai isn’t typically charming but he’s kind and caring towards Esme by constantly wanting to keep her happy. Esme’s misplaced insecurity about her education and impoverished circumstances makes her humility and self-respect even more endearing. Helen Hoang firmly kills off the stereotype of the gold-digging immigrant through the purity of Esme’s intentions towards Khai – she never contrives to take advantage of him in spite of the opulence displayed so directly in front of her.

Notably brilliant is the importance of consent that’s often missing and overlooked in many romance novels. Esme lays her cards out pretty clearly – she makes a conscious choice to have a physical relationship with Khai and ensures that there are no strings attached. In a story where a character is on the spectrum, the parameters need to be clear and the author tackles two important topics quite effortlessly in the space of a few sentences. Equally, Khai’s sensory issues require that he knows he’s about to be touched and with no light touches – only firm ones – resulting in Esme regularly asking him if a certain touch is okay. Implicitly, consideration is key here. Beyond sensory issues and touching, autism as an adult is handled at its core. Khai’s heartbreak is acknowledged with the help of his brother, Quan – another well-written character – enabling Khai to take significant steps to process and acknowledge his emotions.

If there is only one criticism I have of the ending, it’s that everything literally happens all at once – Esme’s father appears at the most crucial moment as does Khai after which she reveals to him that she has a daughter. It’s an overwhelming climax requiring a lot of re-reading to digest everything that takes place in one short paragraph. As happy endings go, this couldn’t be any happier. Esme finds her place in the world in the opportunities that America has to offer her and becomes more than she thought she could ever achieve while Khai is, as his mother always wanted, happy.

This book is a work of literary genius – it’s like peeling an onion. The deeper you go, the more you’re likely to cry because of the depth to it. It’s a light read that touches on profound issues and unabashedly displays them for what they are. Both characters are vulnerable in their own ways but ultimately they’re able to overcome their hurdles and empower themselves to be there for each other. Suffice to say, I loved this book and I loved it so much that I had to read it again straight away to truly relish it, which is an incredibly rare experience for me. Helen Hoang should be proud of herself for writing with such consciousness that romance no longer feels like a frivolous read.