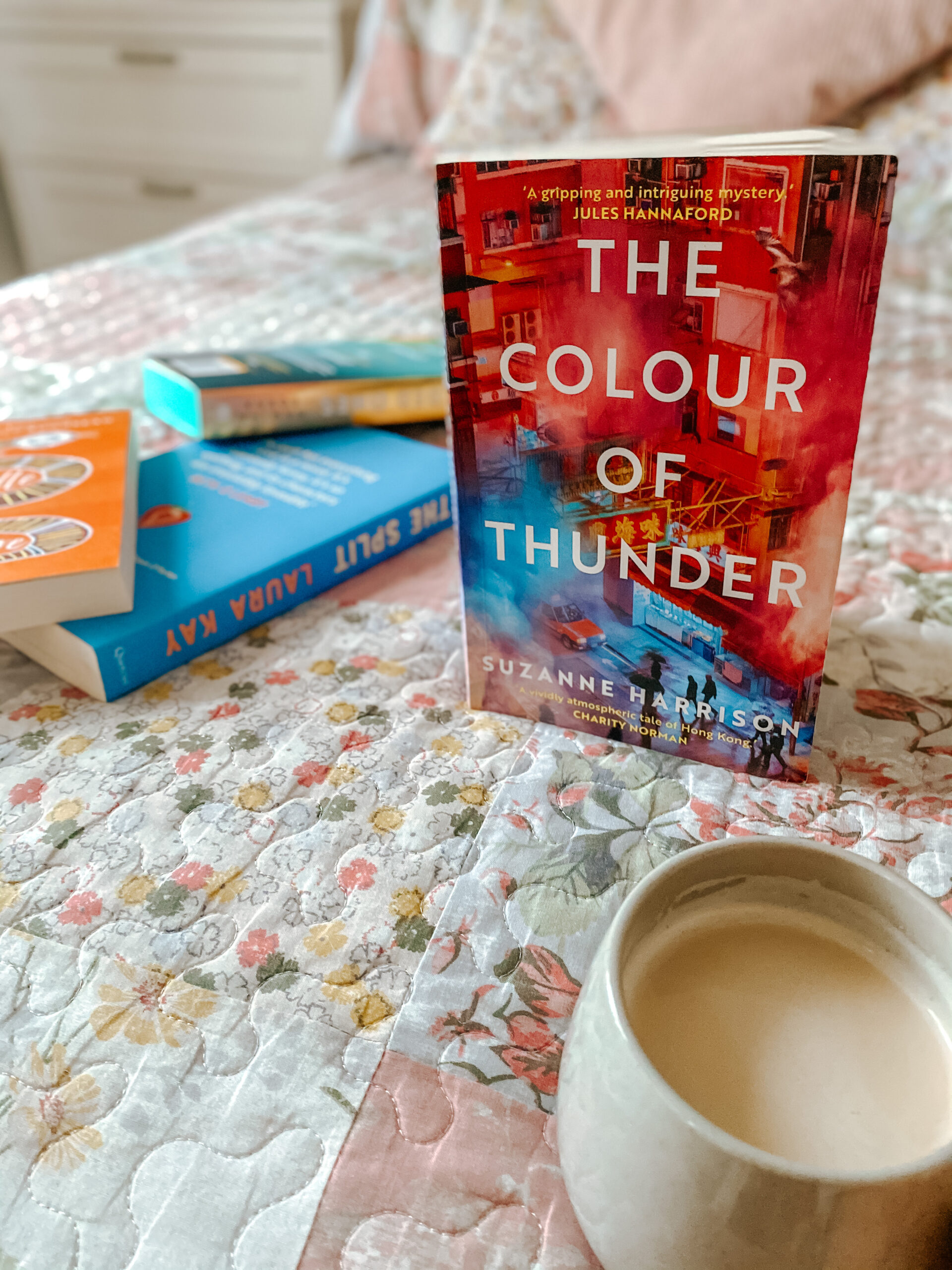 The life of expats in Hong Kong is often shrouded in mystery with a cloud of glitz, glamour and wealth surrounding them which is what draws so many to this alluring place so far away from the Western world.

It’s precisely why I snapped up the opportunity to read The Colour of Thunder from Legend Times. This debut novel by Hong Kong resident, Suzanne Harrison, paints a thrilling tale of several expats who have suffered at the hands of one individual and takes you through a rollercoaster ride of events.

The story begins with a murder at an orphanage with a gradual segue into the various characters for each chapter and how their lives begin to intersect with each when the central character, Johnny, meets with therapist Carolyn to work out why girlfriend Scarlett is beginning to act distant. This sets off a sequence of events that leads to the potential exposure of Johnny’s previous sins inflicted on the other characters. Johnny himself is dealing with the demons of his past with an impoverished childhood living with his Chinese mother in East London, a wealthy father who denied him parentage yet eventually gave him an expensive education but no relationship and a highly intelligent best friend, Brian, who suffered immense abuse at the hands of his own father that left him with little sight and highly anxious.

While Johnny might be the central human character, there is no denying that the true star of the show in The Colour Of Thunder is the bustling city of Hong Kong itself. There are other subplots in place, including a political uprising, referring to the city’s turbulent political past and civil upheaval which mildly piqued my interest as to how Hong Kong came to be the cosmopolitan haven of expats and the business centre of East Asia as well as its relationship with China.

The novel initially feels a little confusing and I found myself slightly struggling to connect with the book, but reading about the atmosphere of Hong Kong kept my attention enough to get into the meat of the book where events begin to catalyse and we are introduced to more pieces of the puzzle to take us to a literally thunderous climax where all is revealed. Everything comes together a little too quickly and it feels hard to keep up with the plotline. However, we discover the several layers within the story that reveal the dark side lurking beneath some of the characters and the opportunities they’ve been given to reinvent themselves and spin a web of lies in the razzle-dazzle of Hong Kong.